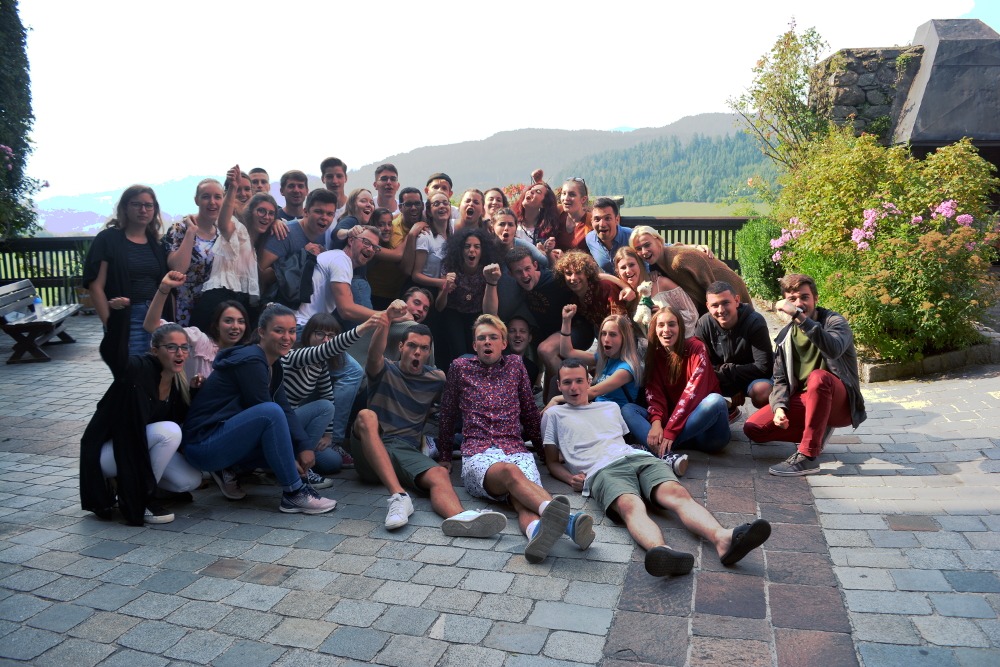 Are you ready to break free from your daily routine? Could you imagine spending 5 days without digital devices, the internet, social media?

From 23rd to 31st of August, 42 young people from Austria, Bulgaria, Croatia, Denmark, Lithuania and Spain participated in the Erasmus+ Youth Exchange “I want to break free” which took place in the Europahaus in Neumarkt in der Steiermark, Austria. According to the topic “I want to break free” participants were reflecting on what they would like to break free from if it was their routine, their social media accounts and digital devices in general or some other kind of pressure. For 5 days, the participants and facilitators gave up on digital devices, the internet and social media and discovered how it would affect their well-being, their social connections and their creativity. The process was facilitated with non-formal education methods and accompanied by reflection both in big and small groups as well as individually.

The activities were built to support the participants‘ connection with themselves, others and nature such as the silent walk to “Schloss Lind”, the “36 questions to bring us closer together”, a workshop about senses and mediation, writing letters to themselves or the comfort zone workshop. Furthermore, participants were encouraged to discuss topics like their use of digital devices and the “quarter-life crisis” in small groups. Participants could express their creativity by designing their personal tote-bags, offering their own workshops and creating parlour games in the country groups. Moreover, the participants learned about the Youthpass, it’s 8 key competences and the certificate’s value as a tool for self-reflection as well as for proving the non- and informal learning progress. The participants proved their knowledge about the Erasmus+ programme in the Erasmus+ pub quiz. In order to promote the cultural exchange between the participants, a “Diversity Evening” was organised where participants could present their countries in a creative way – that was especially challenging since no one was using the internet, computers, digital music or projectors! After the 5 days have passed it was time to integrate the digital devices, internet and social media. Therefore it was brainstormed how the use of those could be more constructive in the future and a buddy support system was created.

The results of the project and general information about the Erasmus+ programme will be shared by Follow-up Events in all the participating countries. It is up to the participants to show what they have learned and spread the idea behind “breaking free” with their peers and local communities. We are sure that their creativity knows no borders, and will keep you updated on the events that they will organise!

Get an impression what the Austrian team experienced during the project:
#my expectations before the project

„Since I have had a Youth Exchange about “disconnection” before, I  expected to get the same feeling of an inner peace back. I saw it as a break from daily life and a way to get to know other people in a different way.“ Antonia

„I honestly had no idea what was about to come. surely – we knew about the detox of devices, but I would have never imagined what I would receive in exchange for committing to this idea. My basic expectation of youth exchanges changed after this. Simply because I got to know how much potential such an exchange can have.“ Pato

„Being disconnected felt weird in the beginning. Finding yourself constantly touching your pocket to make sure it is there but it isn’t. Not being able to google simple things, listening to music, showing a friend your favourite artist and his work (have you tried to describe that without using visual support?) or probably the key factor for a lot of young people nowadays – not being able to take and share pictures with everybody. BUT in the end, I didn’t want to get it back. It sounds weird, but that device is also connected to many responsibilities. At least for me. Plus meeting people knowing that you can’t escape the weird silence in discussions (especially in the while getting to know each other) makes it more special.“ Pato

„To be honest, being disconnected felt surprisingly natural. I got used to it very fast. I just had to trust, either other people to wake me up after napping time or when walking to my bed at night without a flashlight. The advantages the group and I got from being disconnected were so much more valuable than all the comfort we had to give up.  I enjoyed more making music with the others than listening to it over speakers and fighting over the next song. I really liked having to accept not knowing something because it is impossible to check online. Also, since I am usually busy with writing emails and organising my life, this week was a break of all the worries out there.“ Antonia

#what I have learned during the Youth Exchange

„I learned to appreciate and take a certain distance to my phone. I learned that consuming too much of internet media for entertainment and living less in the here and now, lets you disconnect from yourself.“ Pato

„My magical moment was definitely the country presentation when confusing the international audience by our “Jeanny” performance with Falco, his biggest fan and the Almdudler girl. I realised once again, how well this Austrian team worked together and could come up with the greatest ideas.“ Antonia

#how I apply what I have learned in my daily life

„We also had a part of how to carry on the idea of disconnection into our lives back at home. Now I set my goal to not use my phone in public transport. So far it is going okayish – it’s harder than I expected – but I very much enjoy the time during the day that I can just spend time with myself. Also, I brought a lot of beautiful memories and moments to cherish back home. That is something that will help me to think about devices differently and not take them for granted.“ Pato