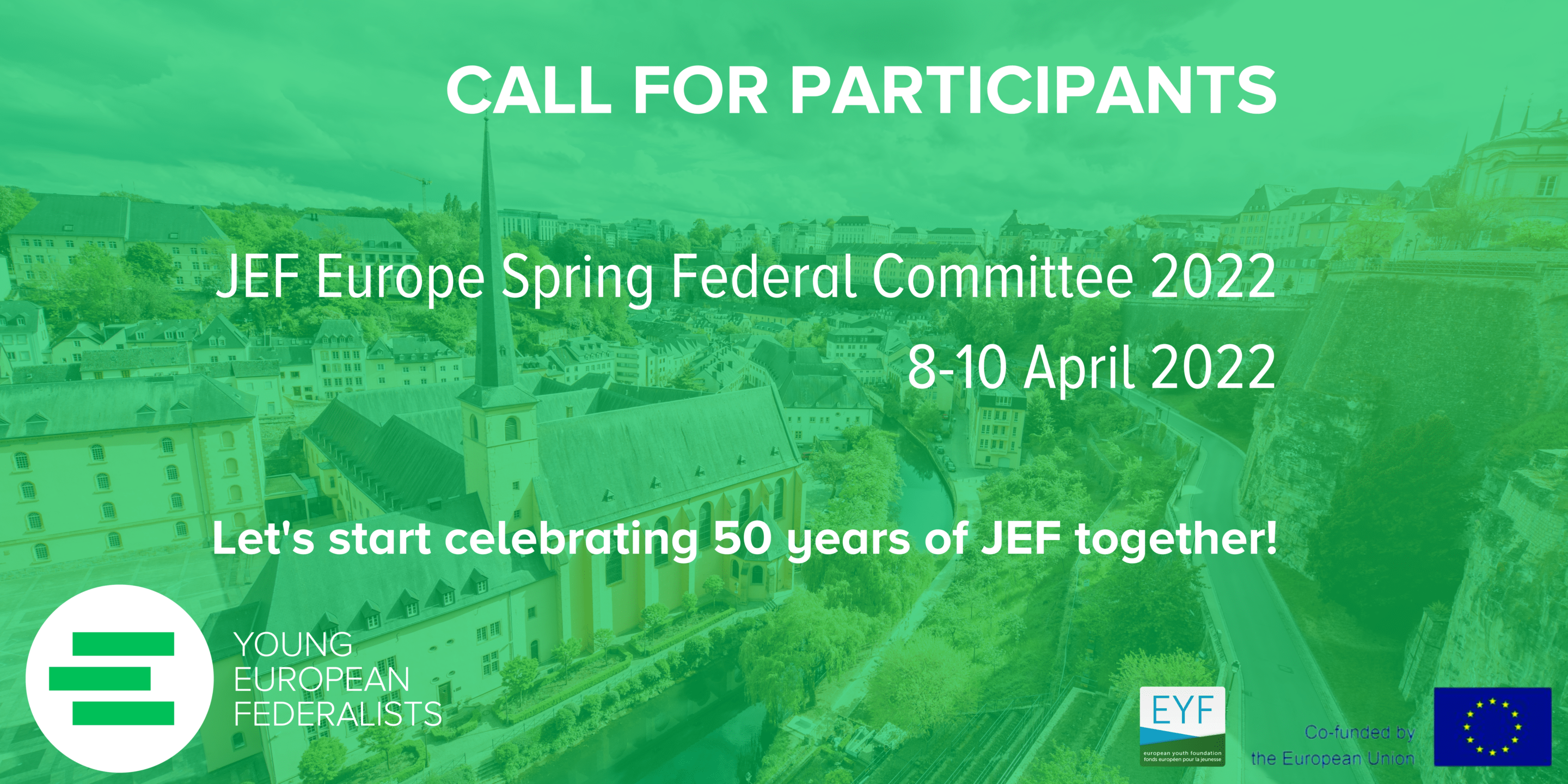 The Federal Committee (FC) meets twice a year and is responsible for formulating JEF resolutions policies. It is the main decision-making body between the European Congresses. The Federal Committee is mainly composed of one representative of each national section of JEF and 16 members elected directly by the Congress. This allows JEF to combine national representatives with directly elected European representatives united in one assembly (instead of 2 different chambers) – federalism in practice!

All FC members together are interacting with the Executive Bureau (EB) like a parliament interacts with a government and holds it accountable. Each of the 16 directly elected members of the FC is also responsible for one area of political or organisational activity being the (co-)chair of one of the Political Commissions or Task Forces respectively.

You can find more information about the Spring Federal Committee Meeting 2022 and the „Call for Participants“ here.